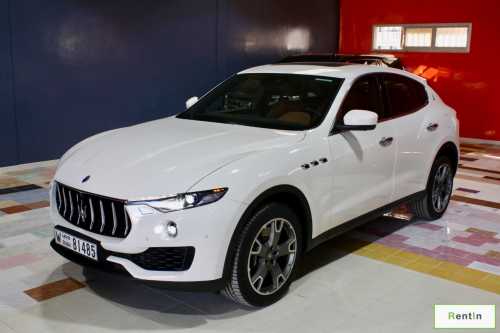 The Maserati Levante is a mid-size luxury crossover SUV based on the concept car Kubang that debuted at the 2011 Frankfurt Auto Show, and built by Maserati at the Mirafiori factory in Turin, Italy starting in 2016. Produced and assembled at Maserati's Turin plant, the Levante went on sale in Europe in May 2016, and in North America in September 2016.

The concept that led to the Levante, the Maserati Kubang, was unveiled in 2011 at the Frankfurt Auto Show. The Levante was first unveiled at the Geneva Motor Show on 1 March 2016, followed by a 2016 New York Auto Show. Models for the United States went on sale in April 2016. Early models included Levante (350 PS) and Levante S (430 PS).